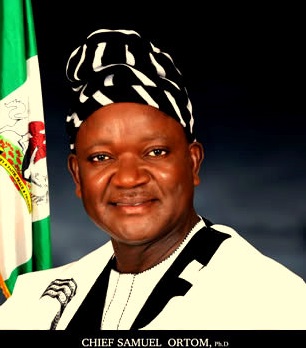 Immediate past Minister of Niger Delta Affairs and governorship aspirant of the Peoples Democratic Party (PDP) in Benue State, Samuel Ortom, has defected to the All Progressives Congress (APC).

According to reports, the former minister dumped the PDP for APC in a bid to actualize his governorship ambition after he lost the ticket to a former speaker of the state Assembly Terhemen Tarzoor, alleging that the primary election was forcefully truncated by powers that be in his former party.

Ortom, who has since tendered his resignation letter to ward chairman of Nzorov in Guma Local Government Area of the state, Felix Agbaka, expressed appreciation to the leadership of the party and members for their support and contributions to his upliftment over the years.

In a statement issued yesterday by his media aide, Tahav Agerzua, Ortom said: “It was common knowledge that the entire nomination process was fraught with injustice from the beginning when it was obvious that a decision was taken to deliberately disenfranchise the larger number of party members at the ward congresses”.

The statement added that Ortom had no personal score to settle with the eventual winner and leaders of the party but it was necessary to challenge the injustice meted out to him with the obvious objective of subverting the determination of the generality of the Benue people to elect him as their governor come 2015.

The ex-minister noted that having exhausted every opportunity within the PDP, it became imperative to utilise an alternative platform to achieve his political ambitions.