The citizens of Akure last night experienced one of the worst explosion to ever hit the ancient city.

The explosion was initially thought to have been the work of insurgent group Boko Haram but sources have revealed that it was an explosion at a gas station located along the  Arakale Road area of the city. 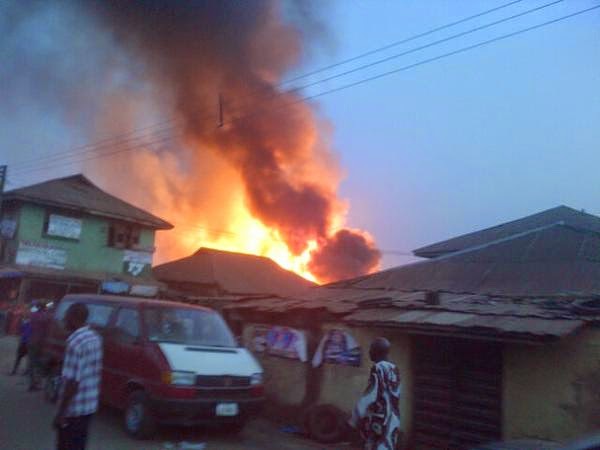 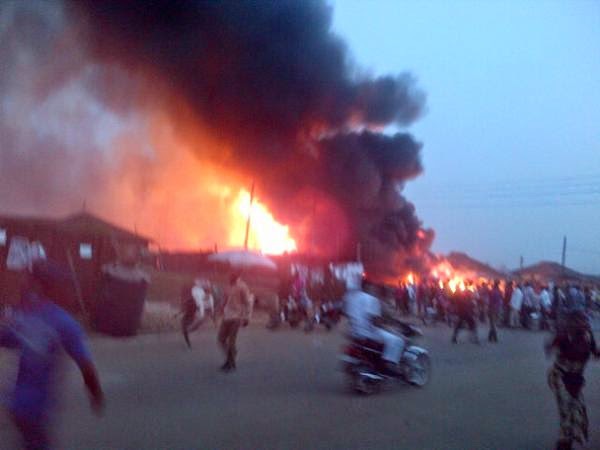 Many are feared dead after the fire spread to cars and other part of the station.

According to witnesses scores of people are said to have been injured in the Ondo state capital.

Firs Service men were said to have been to slow to stop the fire and then protesting residents were seen pelting them with stones and other objects.

Soldiers from a nearby brigade had however come to the rescue of the Fire men and allowed them to do their jobs.

As of the time of the report, the exact number of dead is yet to be ascertained.

Though Witnesses say the number is on the high scale.

One Wemino Akinkunmi said that the gas explosion started in his presence and lamented the late arrival of the Fire Servicemen, which according to him led to the fire engulfing the whole area.