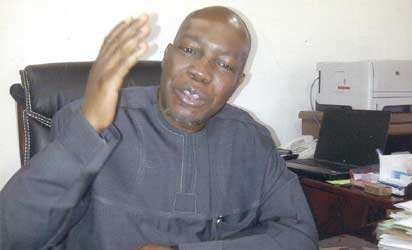 His resignation came on the heels of his defeat at the primaries of the All Progressives Congress for Edo North Senatorial District.

The former SSG, who hails from Owan, was defeated by Major Francis Alimekhena, a contender from Estako.

It was learnt that Ihonvbere resigned because he felt Governor Oshiomhole connived with his political opponents to humiliate him.

A statement signed by the Chief Press Secretary to the Governor, Mr. Peter Okhiria, said Mr. Oshiomhole has accepted the resignation of Prof. Ihonvbere.

The statement added that Gov. Oshiomhole appreciated the services rendered by the ex-SSG and wished him well in his future endeavors.