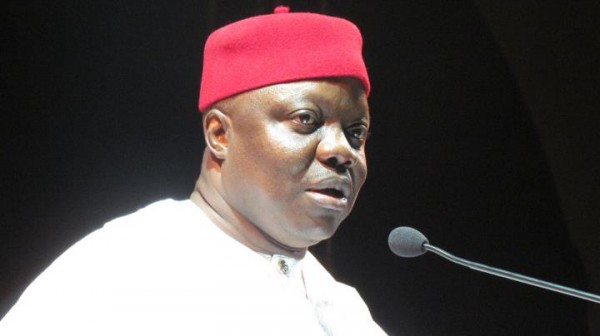 Delta State Governor, Emmanuel Uduaghan has assured the people of the state that the economy would remain viable despite the continued fall in global oil prices.

Speaking in Asaba, while declaring open, a one-day export promotion workshop, the ‘Delta Beyond Oil’ proponent gave the assurance, saying that the State government has put machineries in place to cushion the effect of falling oil prices on the state.

Uduaghan was represented at the workshop which was organized by the Benin Zonal Office of the Nigerian Export Promotion Council (NEPC), by the State Commissioner for Commerce and Industry, Dr Chris Ekiyor.

He held that part of the programs put in place to reduce the reliance of the state on its oil is the ‘Delta Beyond Oil’ programme. He explained that the programme was part of government effort to diversify the state economy through the development of the non-oil sector.

He said the oil prices slump was a reminder that the economic salvation of the Nigerian state depends largely on massive development and promotion of the non-oil export sub-sector. Having recognised this, the state government, according to him, had since engaged in benefiting relationships, which among others, included “robust synergy between it, the Bank of Industry and organized Private Sector in enhancing agricultural production such as cassava, tomatoes, fish, plantain, yam, among others.

“Currently, four fish feed mills, six cassava processing mills for the production of garri, starch, chips and pellets are in advanced stages across the state,” he said.