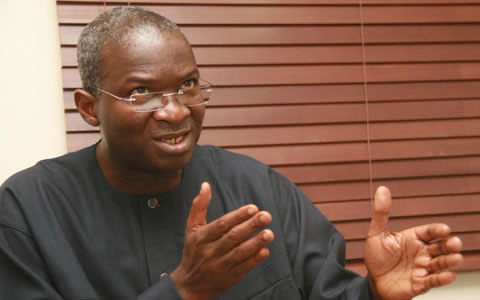 Fashola said during the handover ceremony that by providing more facilities the state government was bringing the Police Force and the fire service closer to the people.

“We are bringing the police force and the fire service close to your neighbourhoods.

“Last week we handed over the Area ‘C’ building to the Lagos State Police Command. This is to show that our commitment to saving lives and property is not diminishing”, he said.

The Director, Lagos State Fire Service, Mr Rasaq Fadipe, advised residents of the state to memorise the three-digit emergency numbers (767 and 112) of the service as the dry season approached.

Fadipe said that the service had responded to over 1,338 fire incidents between January and October.

He also said that over 400 fire hydrants had been resuscitated to serve the people in case of fire outbreaks. (NAN)