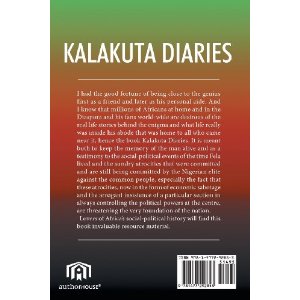 Uwa Erhabor, who worked with the late Fela in the 1980s, made the call Thursday while launching his new book, “Kalakuta Diaries”.

He accused Mr. Obasanjo of ordering the killings in Zaki Biam, Benue State and in Odi, Bayelsa State during his time as civilian president from 1999-2007.

Mr. Erhabor described the former president as a “hypocrite”, accusing him of ordering troops to kill Fela, when Mr. Obasanjo held power as a military ruler in the late 70’s.

He said the former leader made unsuccessful attempts at settling Fela with money before ordering that he be attacked.

Mr. Erhabor said the directive was issued when the late singer conveyed the body of his mother, Olufunmi Anikulapo Kuti to Dodan Barracks, Lagos, the seat of the then military government, in protest of her death.

He said it was the intervention of Mamman Vatsa, who was later executed for allegedly plotting to overthrow the Ibrahim Babangida military government that saved Fela.

He insisted that Obasanjo has been getting away with atrocities, calling Nigerians to rise and ensure the former president is brought to justice.

“Let me emphasise here that Obasanjo has been getting away with murder and it is time we all join hands to nail his political coffin”, Mr. Erhabor said.

To ensure that the former president is dragged to the International Criminal Court at The Hague, Mr. Erhabor said he has already started collecting signatures from Nigerians at home and in the Diaspora.

“I have decided with my friends both at home and abroad to open a register of Nigerian signatures to be forwarded to the International Criminal Court in The Hague. We want to open a criminal investigation of genocide against General Obasanjo for the massacres in Odi and Zaki-Biam.

“As soon as we get one million signatures, we will go there with bus load of Nigerians and Europeans to compel the ICC to do justice to the thousands of innocent souls that were massacred”, he said.

Speaking on “Kalakuta Diaries”, the author explained that the book is meant to not only place Mr. Fela and the story of the Kalakuta Republic in proper perspective, but to also serve as a reminder on where Nigeria came from as a nation.

“The initial launch of this book in Lagos was frustrated by reactionary elements who hide under the guise of being progressives, to recruit street urchins for rig elections”, he said.

Mr. Erhabor, however, commended those he said were true friends of the late Afro beats musician including Rasheed Gbadamosi, Femi Falana and Lanre Arogundade, for their support in making the new book a reality.