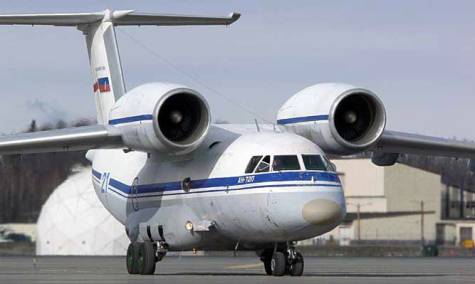 The Nigerian military has intercepted a Russian aircraft loaded with large cache of arms and ammunition, bound for neighbouring Chad Republic, PREMIUM TIMES is reporting.

The online newspaper, which quoted a security source, said the aircraft was seized in the wee hours of Saturday when it landed at the Malam Aminu Kano International Airport, ostensibly to refuel.

The aircraft, which was headed for N’djamena, the capital of Chad Republic, landed in Kano at about 2a.m. Nigerian time, the source said.

All crew members of the aircraft have been detained by Nigerian security forces, the report said.

Information Nigeria reports that this is not the first time an aircraft laden with arms and ammunition would be intercepted at the MAKIA as similar incidents were recorded in 2012, involving a Ukrainian cargo plane, and 2013, involving a Russian aircraft.

On both occasions, the planes, their contents and crew members were released after security officials were able to establish that their final destination was not Nigeria in view of the prevalent security situation.