God Is A Nigerian – Obasanjo

Former President Olusegun Obasanjo has said God is a Nigerian because despite all the country has been going through, He has been there to see the nation through. 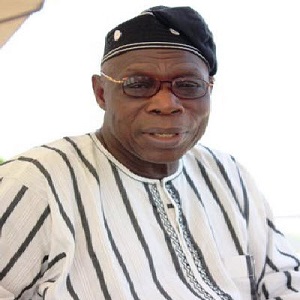 He explained that other countries have not experienced half of what Nigeria has experienced and today they are no longer a country.

“When you look at what we have gone through as a country, 1964 we had an election, in 1966, a coup, then a civil war, then all was okay and we had coup after coup and then we had Abacha.

“Whatever situation we find ourselves through is not the act of God but He is seeing us through and that makes Him a Nigerian,” he said.

The former president added that it was some of the governors during his tenure as President that flew the kite for his third term agenda.