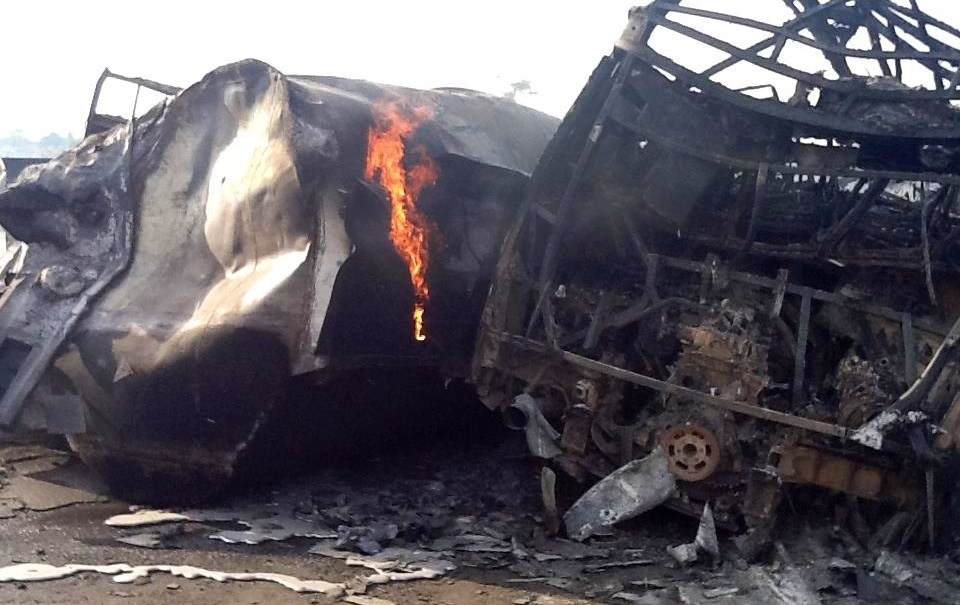 Road Accidents has been a certain predicament to Nigeria. Writer Femi gives his opinion on steps to ameliorate the crisis.

In one of many events of that black month, a Tanker, Truck and Luxury bus had a terrible collision on the notorious Benin-Ore expressway. Over 100 people perished, making it the worst single Road Accident case till date.

That horrible incident has not in anyway served a gruesome reminder to Road Users, Security Agencies and Government.

I spoke to a retired driver of one of the Public Transport Operators in Benue state. The modulus operandi in this unnamed transportation company points out why road mishaps are on the rise.

Drivers are treated in an abysmal manner- they are forced to be obsequious to their job. He told me.

After embarking on a strenuous 13-hours trip from Makurdi to Lagos, Mr Emeka was once forced to make a return journey the following day, then drafted to Abuja for another trip, finally to Nassarawa for vehicle maintenance.

To my bewilderment, the operators were less concerned about the danger of ‘driver-fatigue. Rather, the ultimate selfish goal was to make income for the organization.

These are the same category of drivers that ply the major highways in the country.

I was privilege to travel through the Lagos Ibadan expressway axis and frankly I pray i don’t anytime soon.

The way drivers ride on that road is heart aching.

The truck drivers, that are suppose to orchestrate smooth cohesion for the smaller vehicles are the major culprits for crashes.

They drive recklessly, causing massive confusions to other road users.

The dilapidated state of the roads hasn’t helped matters.

To help solve this precedent predicament, here are three steps to embark on.

1) Security agencies must play their part– Mr Emeka observed that one of the reasons the drivers ride in a careless manner, especially at night, is often due to robbery incidents that are widespread. He lamented the lack of security on ground for the cause of the heinous activities. ‘’When you see us running on very high speed, especially at night, its because we are trying hard to avoid the men of the underworld’’ He said. ‘’Driving very fast makes it hard for them to operate’’.

His words certainly ring a bell. Security presence on the roads would play its part in curbing overspeeding.

2) Drivers must avoid careless driving– Arguably the most important factor, the road users must show responsibility when driving. One must question the attitude of the drivers. Drivers must use the roads in the rightful manner, obeying traffic signs and speed limits in the process.

3) Government must repair the dilapidated roads– The final step has to be directed to the government. Roads must be repaired or upgraded to meet the required standards.