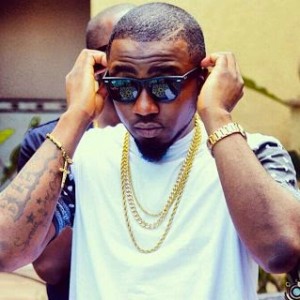 He might be one of the hottest rappers in Africa at the moment, but sometimes you just cant’t get it right to please everyone.

The Chocolate city rapper, Ice prince is one of the top performing artistes at the music runaway show held last night at the Eko Hotel and Suites.

According to sources, After the rapper performed a few tracks like Oleku, Aboki and failing to pump up the atmosphere, he shouted the words “This is why I don’t like performing at fashion shows” and he left the stage upset.

The fans also got disappointed and booed him off.

Share
Facebook
Twitter
WhatsApp
Previous articlePhotos: Some Of Hottest Africa’s Entertainers And Their Partners
Next articleMariah Carey Tells Nick Cannon Not To Come Over For Xmas
- Advertisement -