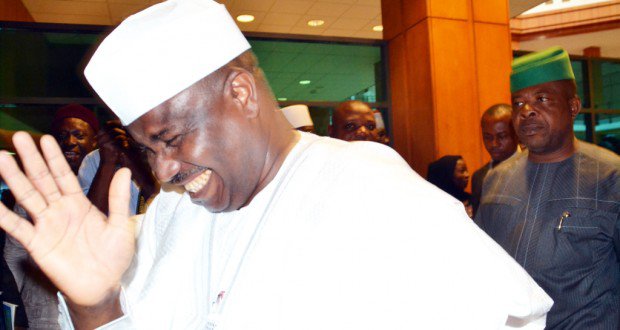 Indications emerged on Friday that the Speaker of the House of Representatives, Aminu Tambuwal, may have his security details, which was withdrawn by the Nigeria Police Force in the wake of his defection from the Peoples Democratic Party, PDP, to All Progressives Congress, APC, may be reinstated.

The Office of the Speaker was said to have been informed of the development by a high-ranking police officer, The Nation is reporting.

In its bid not to be seen as soft-pedalling on its initial hardline stance, the police force is using Tambuwal’s emergence as the APC governorship candidate in Sokoto as an “excuse” to reinstate his security aides.

You may recall that the Inspector General of Police, Suleiman Abba, has refused to recognize Mr. Tambuwal as Speaker, insisting that he lost the privileges attached to the office when he dumped the ruling PDP, on whose platform he was elected, for the opposition.

A source said: “We still believe the Speaker is not entitled to security based on his decision to defect from the Peoples Democratic Party to the APC. The constitution is very clear on that and we are defending our position well in court.

“However, since Tambuwal is now a candidate of a major political party in Sokoto, convention requires that he is protected by the police.