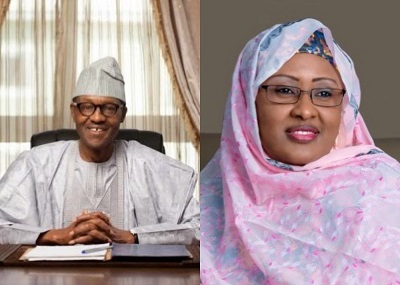 Presidential candidate of the All Progressives Congress (APC), Muhammadu Buhari, has assured that if elected as president in next year’s presidential election, he will abolish the office of the first lady.

The office, though not constitutionally recognized, has been maintained by past and present administrations and is even seen as a key influencer of policy decisions.

But all that is set to change if Mr. Buhari goes ahead to win the forthcoming poll.

Speaking in an exclusive interview with Weekly Trust in Kaduna, the presidential candidate said his decision was premised on the fact there is no office of first lady in the Nigerian constitution, just as there is no official role for presidents’ wives.

Rather, he said ministries, which are constitutional, should be allowed to play their roles.

“There is the Ministry of Women Affairs, and so on”, he said.

Buhari assured that women would however play very important roles in his administration.

“I was raised by my mother, as I lost my father when I was under six years, so I know what a woman can do if given the chance”, he said, adding that he sees them as his cornerstone.

The former head of state also touched on the situation in Chibok, Borno State, where over 200 schoolgirls were abducted by the terrorist group, Boko Haram in April, 2014 and have since remained in captivity.

“Imagine a mother with a teenage daughter there and for seven months and has no clue where she is”, he said, noting that women’s effort in looking after children, apart from the pain of childbirth, aggravates the pain of losing a child.

“Roughly one year in their tummy and from the time they are born until they clock six, children tend to assume they know everything, but it is women, their mothers, who are responsible for them. I have the greatest respect for women”, he said.