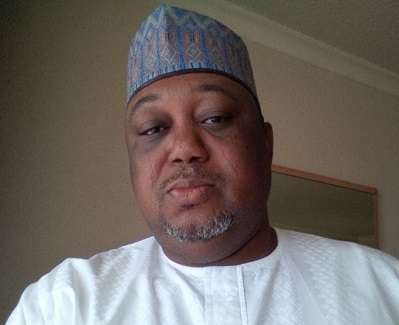 A former Security Adviser to ex-Governor Bukola Saraki of Kwara State, Yinka Aluko, has dismissed the rumour in some quarters that he is a mole planted by Saraki in the Peoples Democratic Party, PDP.

Aluko, who is the Kwara Central PDP Senatorial candidate in the 2015 election, worked with Saraki for eight years, but did not follow him to the All Progressives Congress (APC), opting to remain in the PDP instead.

Speaking in Ilorin, the state capital, shortly after meeting with party delegates in the 52 wards that make up the senatorial district, Aluko urged the people of Kwara to shun religious sentiments in the build up to the forthcoming poll, advising voters to rally round the party’s governorship candidate, Senator Simeon Ajibola, to win the election.

Aluko, who is going to contest the Kwara Central seat against his former boss, who clinched the ticket of the APC, said it was unfortunate that he was being touted as Saraki’s stooge, boasting that PDP would win all elections next year.

“It is quite unfortunate if any right thinking person can imagine that I am being sponsored. People know my background. Yes, we worked together for eight good years and I must confess to you that I was the arrow head of the struggle that brought him (Saraki) as a governor.

“So to say that I’m sponsored by him is a cheap blackmail. It is a rumour within the circle of PDP. We know them. We know why they are saying it. Despite what they have said, people said they don’t want them and they voted for us. So it is an unfounded rumour”, he insisted.