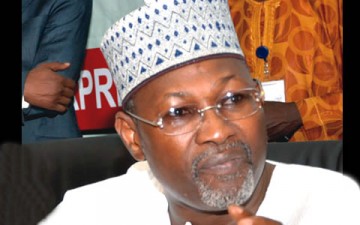 The Independent National Electoral Commission, INEC, said it had shifted the deadline for the submission of governorship and House of Assembly candidates’ forms from December 25 to December 26.

The chief press secretary to INEC chairman, Kayode Idowu, made this known on Thursday in Abuja while speaking with journalists.

He, however, said that there was no extension in the December 18, deadline set for the submission of Presidential and the National Assembly forms.

Mr. Idowu said there would be no opportunity for any political party that failed to submit its candidates’ forms at 8 p.m. on the last day declared for submission.

He explained that the commission initially intended to close submission of forms at 6 p.m. but that some of the political parties wanted it to be shifted to 12 midnight.

“But at a meeting on Monday, the commission and the political parties eventually settled for 8 p.m. deadline,” he said. “For the presidential and National Assemblies elections, deadline is Wednesday Dec. 18, at 8 p.m. for the submission of form CF001 and CF002”.

He, however, declined comment on the number of political parties that had submitted their presidential candidates’ forms ahead of the deadline.

Mr. Idowu said the list of the presidential and National Assembly candidates would be published on December 25 as provided by the law.

Similarly, he said that names submitted for governorship and House of Assembly election, with December 26 as deadline, would be officially published on January 1, 2015.

He explained that there was a constitutional provision for the withdrawal of candidates but that the candidate must write and sign that he or she was withdrawing from this race.

“When he or she does that, the party can bring another name within the stipulated time”, he said.