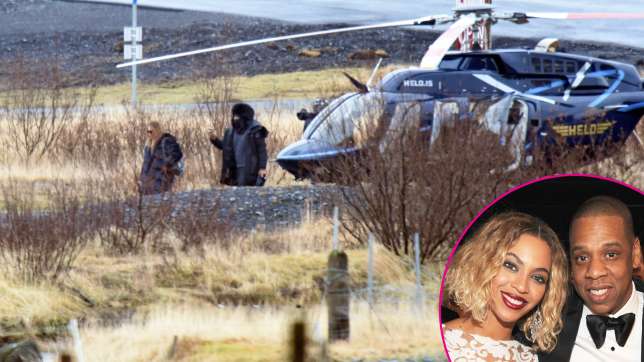 The businessman and rapper, Jay Z marked his 45th birthday (December 4) in Iceland where him and wife Beyonce were seen on Monday.

According to reports, the music entertainment power couple will visit one of the most visited attractions in Iceland , the breathtaking Blue Lagoon Geothermal Spa as part of the celebration plans.

They are currently staying in the five-star Trophy Lodge in Úthlíð, South Iceland for some well-deserved birthday R&R.

cold weather wear at the lava field in Grindavík on the Reykjanes Peninsula, where the spa is located.

According to the spa’s website, visitors get a complete spa experience and can enjoy a silica mud mask while floating in the mineral water.

Jay Z and Bey are also reportedly going to take a helicopter over the Holuhraun eruption, a volcano that has been active since this past August.

In September, Jay celebrated his wife’s 33rd birthday with an equally satisfying yacht trip and a 33-second tribute video dedicated to the “Drunk In Love” singer posted on his YouTube page. 2014 was a big year for the couple, who embarked on their world-wide On The Run tour and were rumored to be on the brinks of divorce.