Home Entertainment Lady Gaga: “I Was Raped By A Record Producer When I Was...
Facebook
Twitter
WhatsApp 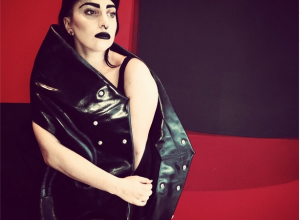 Controversial superstar singer — Lady Gaga is currently one of the most famous women in the world presently; but she also has some dark secrets.

Its been just a couple of days ago since Hollywood actor Shia LaBeouf revealed that he had been raped by a woman before, and now pop star Lady Gaga is coming forward to also say that she was raped when she was 19 years old.

According to Lady Gaga while speaking on the Howard Stern show, her attacker was 20 years older than her and he was a record producer.

She also states that she went through emotional therapy to recover from the event.

The singer, who was appearing on Howard Stern’s radio show, made the claim after the host asked her about the meaning of her song Swine.

Howard Stern mentioned that the song alluded to a sexual assault, he then asked if she’d been raped by a record producer.

Lady Gaga replied: “I went through some horrific things that I’m able to laugh [at] now, because I’ve gone through a lot of mental and physical therapy and emotional therapy to heal over the years. I was a shell of my former self at one point. I was not myself. To be fair, I was about 19. I went to Catholic school and then all this crazy stuff happened, and I was going, ‘Oh, is this just the way adults are?’ I was very naive.”