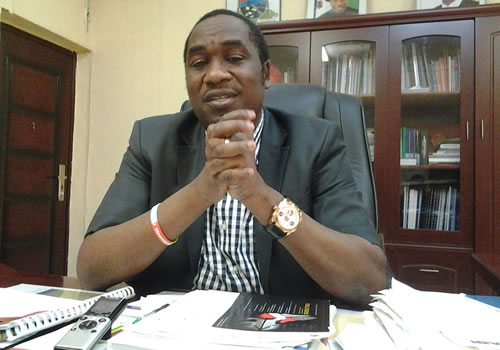 A governorship aspirant In Lagos State under the platform of All Progressive Congress’s (APC), Dr. Obafemi Hamzat, has solidified his move to fly the party’s flag in the 2015 governorship election in the state following the submission of his nomination and expression of interest forms at the party’s national headquarters in Abuja on Monday.

Shortly after the submission of the completed forms, Dr. Hamzat, who was received by some national officers of the party including the national vice-chairman (South-west), Chief Segun Oni; APC national organizing secretary, Senator Osita Izunaso and the party’s director of organization, Abubakar Kari, expressed confidence in the party’s leaders to ensure justice, fairness and transparency in the processes leading to the emergence of the party’s governorship candidate in the election, just as he assured them and the party supporters that he was fully prepared to work for the victory of the party in the election.

On the purpose of his visit to the national secretariat of the party, Hamzat said, “I am here to submit my form with which I am seeking to emerge as the governorship candidate under Action Progressive Congress (APC), in Lagos State.  I am also here to meet our leaders and I am glad I have been able to achieve both today.  Let me say that the process is so easy and that is because the party is well organised.  As you saw it, we submitted the forms, it was well documented and we were given receipts. It is fantastic”.

Hamzat, who is Lagos State’s Commissioner for Works and Infrastructure, while expressing hope that the party and its teaming supporters would find in him an asset of immeasurable proportion if given the chance to fly its flag in the forthcoming poll, declared that as a technocrat and a professional, he had already enlisted the interest of thousands of his colleagues in the party who are committed to mobilizing several thousands of voters for the success of the party in the election.