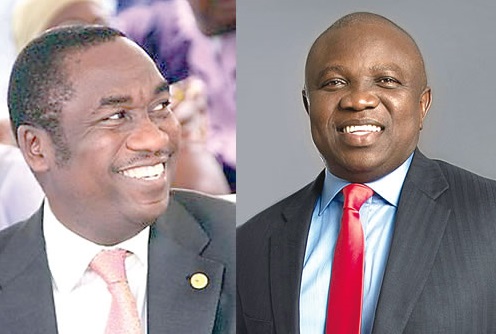 A governorship aspirant of the All Progressives Congress, APC, in Lagos State, Obafemi Hamzat, has promised to work and support the winner of the party’s governorship primary, Akinwumi Ambode.

Mr. Hamzat, who is presently the Lagos Commissioner for Works, came second in the election which held Thursday.

In a Facebook post on Friday morning, Mr. Hamzat said: “I congratulate Mr. Akinwunmi Ambode for his victory in the Lagos Gubernatorial Primary Election. We shall support you for the upcoming final victory by February 28th 2015”.

He also declared that his defeat at the primaries was not the end of the road for him.

Mr. Hamzat concluded by saying: “You’ve got to let go of what didn’t work out. You can’t do anything about the past but you can do something about right now”.