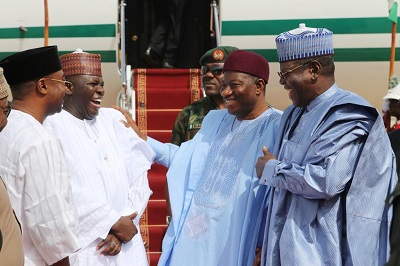 Governor Sule Lamido of Jigawa State has denied rumours making the rounds that he has been appointed the North-west campaign coordinator of the Jonathan/Sambo campaign organisation for the 2015 presidential election.

Lamido debunked the rumour Thursday after the final round of PDP stakeholders meeting at the Yakubu Gowon NYSC Camp in Dutse, the state capital, where campaign materials were distributed to the 27 local government areas on behalf of the governorship candidate of the Peoples Democratic Party in the state, Aminu Ringim.

He said: “I have not received any formal letter that I am the North-west zonal campaign coordinator for Jonathan/Sambo 2015. I just saw my name in the newspaper just like you saw it. Nobody contacted me. Nobody spoke to me. As far as I am concerned, I know nothing about it”.