A wildlife expert who agreed to be eaten alive by an anaconda has fulfilled this insane venture despite harsh criticism from animal activists.

Nearly a month ago Discovery Channel UK announced their TV programme, Eaten Alive to be broadcasted early December. The show where a 27-year-old Paul Rosolie was going to put on a ‘snake-proof’ suit and then let himself be ‘eaten alive’ by a giant snake. 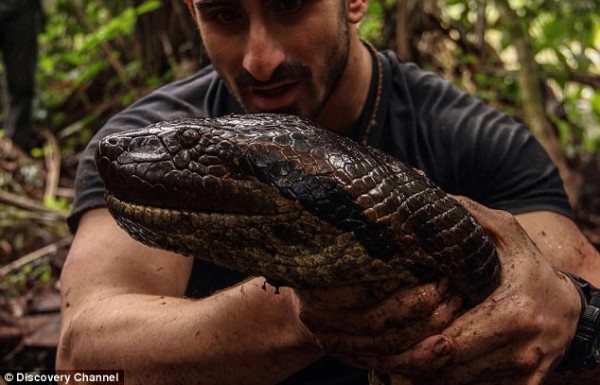 The super suit is made of carbon fibre, it features a three-hour supply of oxygen, communication devices and cameras to record the process of devourment and digestion.

In order to attract the snakes’s attention, Rosolie poured pigs’ blood over himself and imitated the movements of the snake’s usual prey – wild pigs, deer, capybaras, etc. 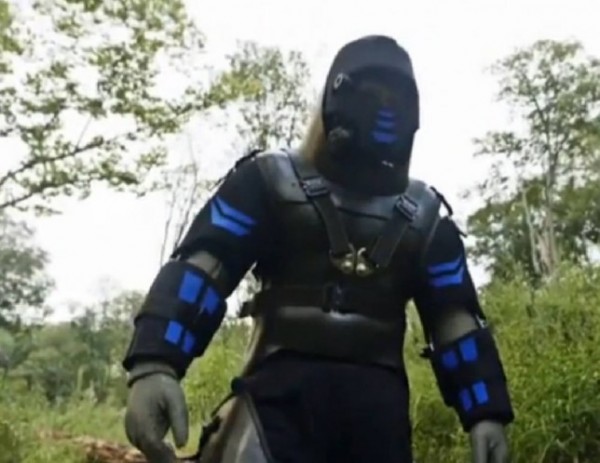 Rosolie says ‘it didn’t take long’ for the anaconda to fall for the maneuver. “I didn’t want to stress the snake out too much. I wanted to make sure that the suit was smooth and wasn’t going to hurt the snake. The last thing I remember is seeing the snake’s mouth open straight at my face.


Everything went black. It was like being caught in a wave. I was just wrapped up; you feel that crush. For over an hour I was being constricted. Experiencing that kind of power was worth everything, because it was just amazing,” he said. 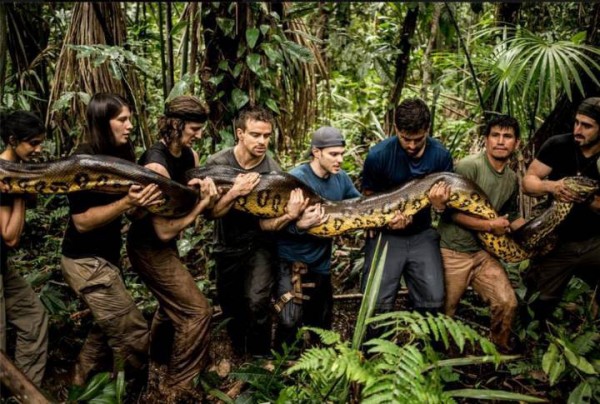 After seeing the destruction of rainforests in the Amazon, Mr Rosolie hoped his stunt would shift the spotlight to that ever-shrinking ecosystem by raising money to save the animal’s habitat.