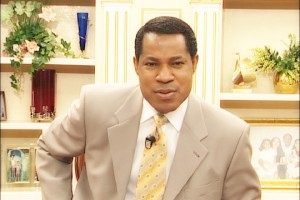 We all got to know the wife of head pastor of Christ Embassy after the divorce controversy came into light, but have you seen the adorable kids they had together?

Even though reports of the impending divorce between Pastor Chris and his wife have met with mixed feelings worldwide, there is a part of their union that hasn’t really been in the limelight – their daughters.

The union between Pastors Chris and Anita is blessed with two beautiful daughters, Charlene and Sharon Oyakhilome.

Her younger sister, Charlene is just 19 and both girls currently reside in the UK with their mum.

See photos of them below: –