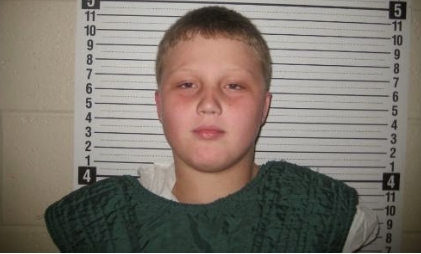 How do you, at just 10 years old, beat someone until they die? At 10? That’s exactly what Tristen Kurilla from Pennsylvania, (pictured above) did. He beat a 90 year old woman until she died.

He is currently being held in the adult jail as he awaits trial. He is the youngest person ever to face a murder charge in Pennsylvania.

Here’s what he did. Tristen was visiting his grandfather in October this year. According to what he later told police, he entered the room of 90 year old Helen Novak who lived with his grand dad on Oct 11 to ask her a question. He said Helen screamed at him and told him to leave her room. He said he lost his temper, picked the woman’s wooden cane and attacked the woman who was sitting in her bed. 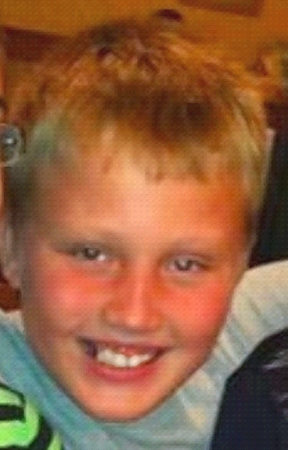 Police say Tristen beat her with the cane, hooked it around her neck and pushed it into her throat for a few seconds then punched her five times in the throat and several times in the stomach. There was no one else around at the time of the incident to help Helen.

When the boy’s granddad returned shortly and found Helen unresponsive, he called medics and the police. Tristen told police he’d only meant to hurt her, not kill her.

He is currently in adult jail though his lawyers are trying to get the courts to transfer the case to juvenile court and have Tristen moved to a youth detainment facility because of his age. That has not happened yet.

His parents are said to be devastated and claimed Tristen was such a good and kind boy who wouldn’t a hurt a fly. Yeah, he skipped the fly and killed someone instead.

Tristen has since met with a psychiatrist and will next meet with the defense’s mental health expert.