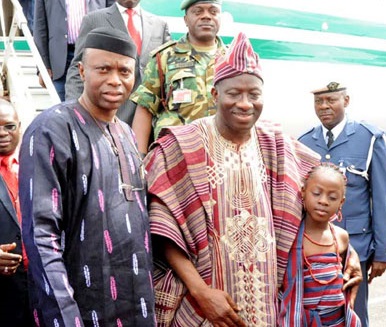 The Ondo State chapter of All Progressives Congress (APC), says it has uncovered plans by the state Governor, Dr. Olusegun Mimiko, to rig the forthcoming 2015 Presidential election for President Goodluck Jonathan in the state.

In a statement issued to journalists in Akure, the state capital, by the party’s Publicity Secretary, Omo’ba Abayomi Adesanya, on Sunday, the party said it had noticed with keen interest the persistent boasting and body language of the governor promising to win the state for the Peoples Democratic Party (PDP) and its Presidential candidate.

According to the statement: “We have reasoned in all way as to what could have given Mr. Governor the confidence to keep making this promise, even when he already knew that the good people of Ondo State will neither vote for President Jonathan nor the Peoples Democratic Party again. It has, therefore, come to our notice that Governor Mimiko has no other plan than to rig the forthcoming general elections in totality.

“We have it on good authority, that even when President Goodluck Ebele Jonathan expressed worry about feelers from the Sunshine State, Governor Mimiko promptly assured the President that, he has joker of the people of Ondo State at hand. Our investigations have revealed that, a plan have been perfected in Abuja by Mimiko and other stalwarts of the PDP, whose names we will not fail to mention if they do not desist, on how to rig the coming elections. In fact, we have concluded plans to submit our findings to INEC and other law enforcement Agencies”.

The party berated Mr. Mimiko for losing his popularity among the people of the state due to his unnecessary politicking adding that the PDP-led central government has already failed and would be voted out for change in 2015.

“Elections have changed in Nigeria, and our people have become more enlightened, Mimiko has forgotten that he has lost his popularity among the people and you can only rig where you are popular. The PDP government has failed the people of Ondo State and Nigeria at large; the people can only yearn for a change and desire a new Nigeria”, the APC said.

Adesanya also also accused the governor of running the affairs of the state from Abuja while designating government functions to his Chief of Staff in his absence without minding the suffering people in the state go through as a result of its dwindling economy.

“In addition we are embarrassed that Dr. Olusegun Mimiko has totally taken the seat of governance from Alagbaka Government Office to Abuja. It is so sad that the government is on vacation in Ondo State, as many Commissioners no longer go to the office because ‘government business’ is on holiday.

“In fact, a stranger in the state will wonder if the Chief of staff has taken over the mantle of leadership from the Governor, as he represents him in all important occasion in the State. Mimiko has abandoned the people of the State in this period when the economy is in a state of coma and people are languishing in pains”.

The statement further added: “To worsen it all, three months workers’ salaries and allowances have not been paid, making it difficult for our Civil Servants to plan for the Christmas ahead. Once again, In Ondo state, government has gone on holiday, and nothing is working anymore”.