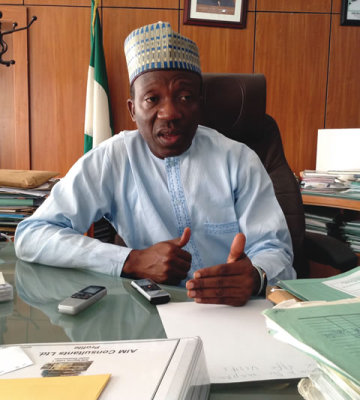 The Minister of National Planning, Dr. Abubakar Sulaiman, has denied his involvement in the alleged attack on the crew of Channels Television.

The minister on Tuesday condemned the attack on the journalists at Yebumot Hotel, Ilorin, by thugs during last Saturday’s Kwara State House of Assembly’s congress of the Peoples Democratic Party.

In a statement by his media aide, Mr. Abdulrahman Abdulrauf, Mr. Sulaiman, who is also the Deputy Chairman, National Planning Commission, stated that it was shocking that the Kwara State Chapter of the Conference of Nigerian Political Parties could mention his name as mastermind of the attack.

According to him, the attackers were not and could not have been members of the PDP in the first instance.

Abdulrauf said, “As a gentleman and a media friendly person, Sulaiman will never and can never mobilise thugs for whatever reason to unleash mayhem on working journalists, but even the state because, unlike some people, who do not have any stake in the Kwara project, the minister does as true-born Kwaran.

“That show of shame is not in our character in PDP and it is common knowledge that the sponsors of the thuggery are those who have become jittery over the rising popularity of PDP in the state.

“We are not surprised at the antics of the ruling party in the state, which is ready to stop at nothing to destroy the image of the minister, who in recent time, has been outspoken on the need to get the state out of the bondage it presently finds itself”.