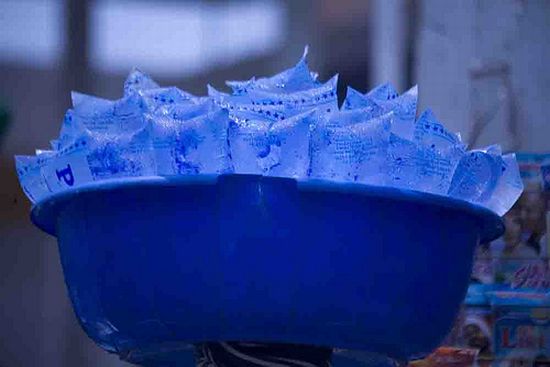 The National Agency for Food and Drug Administration and Control (NAFDAC) is undertaking a nationwide laboratory test of various brands of sachet water being sold in the country, to ensure that they are fit for human consumption.

The test is being done in conjunction with independent international consultant, Emani Global Network Limited (EGNL). It has been done in some states, including Delta, Edo, Nasarawa, Akwa Ibom, Lagos and the Federal Capital Territory (FCT), Abuja.

Principal Consultant and Chief Executive Officer of EGNL, Mr. Emmanuel Osiegbu, who spoke to the packaged water producers in Uyo, Akwa Ibom State capital, weekend, explained that the process to ascertain the quality of packaged water (popularly called pure water), in circulation was from the National Assembly.

According to him, the Committee on Health of the National Assembly was worried about a lot of issues bordering on water borne diseases in the country, hence its decision to let NAFDAC to conduct on the spot packaged water tests using mobile laboratory equipment.

The agency had earlier in the year done mobile testing of packaged water in the country using a modern mobile laboratory equipment used for testing the quality of water. “We have used it in scanning and testing water, we will move all over the federation to test the quality of water sold to the public,” Ibrahim Jimoh, the Director, Special Duties, NAFDAC, told the News Agency of Nigeria in June.

He explained at the time that the essence of testing packaged water, was to safeguard the health of Nigerians by ensuring the safety of the water they consume.