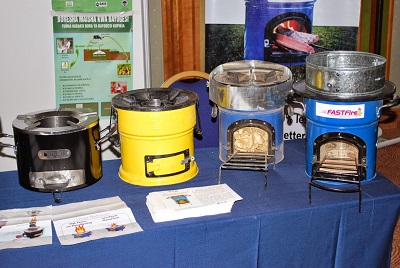 Connected Development, a Non-Governmental Organisation, said it will monitor the disbursement and application of the N9.2bn approved by the Federal Government for the purchase of clean cooking stoves for distribution to rural women.

The Chief Executive Officer of the NGO, Mr Hamzat Lawal, who said this at the organisation’s End of Year Media Roundtable on Monday in Abuja, explained that the monitoring of the funds was part of its plans for 2015.

Lawal said, “Connected Development, in partnership with other organisations, will track the disbursement and utilisation of these funds to ensure that it actually gets to these rural women and (they) will feel the impact.

“In 2013, the World Health Organisation released a report that over 95,000 women and children die annually. I am urging you all to join us to ensure that these funds do not get into private pockets”.

The News Agency of Nigeria recalls that the Federal Government recently approved the funds for the purchase of 750,000 units of the stoves for onward distribution among rural women under the National Clean Cooking Scheme.

The stoves are expected to be distributed using the Growth Enhancement Scheme of the Agricultural Transformation Agenda, which has captured the data of a significant number of women farmers.

The cooking scheme is designed by the government to be an aggressive drive to engender clean cooking culture among rural women to reduce and possibly eliminate cooking with solid fossil considered detrimental to health.

Lawal added that the organisation would monitor the 2015 general elections and inform the public by providing periodic update on the exercise through text messages.