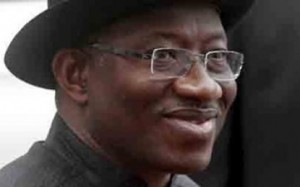 The presidency said that Nigeria is winning the war against corruption following the improved rating of the country in the latest rating by Transparency International.

Nigeria moved eight places from the 144th position it was last year to 136th this year.

“There is no doubt that Nigeria is winning the war against corruption,” a statement by the Senior Special Assistant to the President on Public Affairs, Dr Doyin Okupe read.

“It may not be immediately apparent to those who do not understand the dynamics of applying creative techniques in upturning an age-old habit that has cost this country a lot in terms of financial resources; but to those like the officials in Transparency International knowledgeable in the nuances of fighting corruption, a lot of grounds have been covered.”

“The latest TI rating is proof that President Jonathan’s effort in the fight against corruption is yielding positive results. There is no doubt that since President Jonathan came on board as president of this country, the fight against corruption has been taking several notches higher. Unlike any previous administration in the country’s history, the present administration has instituted institutional reforms aimed at giving fillip to the anti-corruption war.

“One major area this fight has been visible is the agricultural sector where the administration carefully articulated and executed Agricultural Transformation Agenda (ATA) ended 40 years of corruption in the distribution of fertilizers to farmers. The same thing applies to the reforms in Ports where we have successfully plugged many loopholes which some corrupt officials had exploited to delay genuine business transactions and harm the Nigerian economy.

“The old corrupt system of government’s direct procurement and distribution of fertilizer, as well as the operations in the various ports and government agencies contributed in no small measure to the negative rating of Nigeria by the Transparency International and other global watchdogs.

“Also, the determination of President Jonathan to tackle corruption head on has seen the government take some other far reaching steps like the cleaning up of the import waiver system, which, before his coming, was fraught with corruption, nepotism, arbitrariness and other irregularities. As a result of this, billions of Naira were lost to the economy as the real business people failed to benefit.

“While it is important for suspects involved in corruption cases to be tried and, if found guilty, sent to jail, what is more important is for the development of mechanisms, the institution of structures and the enactment of policies that would plug loopholes and foster transparency such that the propensity for corruption is made more difficult and eliminated completely.

The Presidency noted that the administration of Jonathan has brought about key reforms like the electronic payment system and the IPPS system that have helped reduced corruption in the system. About 50,000 ghost workers have also been weeded out in its institutional reforms.

“Aside these critical reforms, another major step taken by President Jonathan in his fight against corruption is the signing into law the Freedom of Information Act. Before that landmark step was taken, the conduct of government business in many sectors was shrouded in utmost secrecy; today things are different as government officials mindful of the fact that Nigerian citizens can under the Act seek and obtain information about their activities, operate within the rules.

“There is no doubt that the FOI Act has reduced the propensity for corruption among public officials as attested to by our improved rating in the latest Transparency International report.

“We must also not forget that the Jonathan administration in the privatization of the Power Holding Company of Nigeria (PHCN) carried out the most efficient and transparent privatization exercise in the history of this country. That exercise eliminated every avenue for corruption and was globally acclaimed by global financial institutions,” the statement read.

The Presidency therefore maintained that President Jonathan will not relent in his efforts to stamp out corruption and ensure that the war against the menace is won.