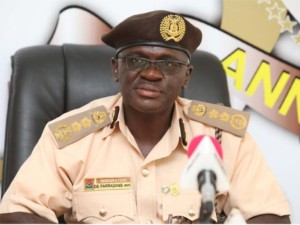 The Nigerian Immigration Service (NIS) has stressed the need to increase the number of its personnel to reduce the influx of illegal immigrants following the discovery of about 144 illegal entry points into the country.

The Comptroller General of Immigration, Mr. David Parradang, who stated this during the Passing Out Parade (POP) ceremony of the second batch of border patrol corps officers and men in Kaduna State at the weekend, said the 500 graduands were trained specifically on border patrol to man the nation’s borders against illegal entry.

Mr. Parradang charged the new officers to man their duty post effectively saying the service won’t tolerate any incident of extortion from them.

Speaking at the ceremony, Governor Ramalan Yero of Kaduna State said the graduation of the 500 officers to man the nation’s border will go a long way to help tackle the issue of porous border and the Boko Haram insurgency currently bedeviling the country.

Represented by his Head of Service, Mr. Habila Dogo, the governor, however charged the graduands to utilize the skills they have acquired from the training and put into practice while on the field.