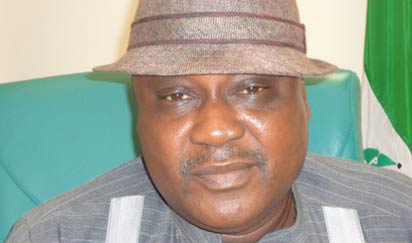 A former director of Press Affairs to River State Governor and member currently representing Etche/Omuma Federal Constituency of Rivers State in the House of Representatives, Hon Ogbonna Nwuke, has described as selfish, the statement credited to the former governor of the state, Sir (Dr) Peter Odili, that he regretted supporting Hon Chibuike Rotimi Amaechi to become governor of the state in 2007.

Odili had, while speaking at Ndoni in Ogba/Egbema/Ndoni local government area of the state, during the campaign tour of the governorship candidate of the Peoples Democratic Party (PDP) in the state, Chief Nyesom Wike, alleged that Amaechi on becoming governor, dismantled all the enduring structures that the founding fathers of the PDP had built with great care and vision by defecting to the All Progressives Congress, APC.

He had said: “We thought we did the right thing by supporting Amaechi to become the governor of the state. We left a united state. We also left a united party. PDP was one. Rivers State is PDP. There was no other party in Rivers State other than the PDP. Whatever the party hierarchy said would happen happened. The secretary is here to support what I am telling you here today”.

But speaking to newsmen in Port Harcourt, the state capital yesterday, Nwuke, who is a member of the APC, wondered why Odili would regret supporting an incumbent governor who has performed well in office.

He said, “For men like Odili, who we like to see as statesmen, there are comments that should not come from them and this is one of the regrettable comments. It shows that when it became clear that Odili wasn’t going to be president or vice president, he needed to get somebody he could control.

“Now, the issue is not whether Odili regrets his support for Amaechi or not; the issue is whether Amaechi did well in office. If the answer is yes, then Odili’s regrets become selfish.

“If Amaechi didn’t do well and Odili regrets, the way Marshal Harry regretted; Marshal Harry apologised to Rivers people, I remembered very well over the choice of Odili as governor and we know that he died.

“Now, if Odili shows regrets for supporting a progressive governor; a governor who has done well, a governor who has put his name in the lips of every Rivers man, then, something is wrong. Let me assume that Odili was misquoted”.