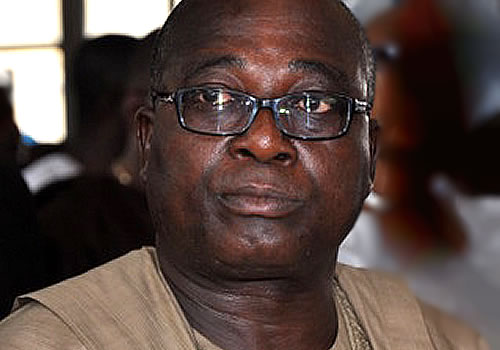 The Deputy Governor of Ogun State, Segun Adesegun, on Thursday declared his interest to unseat his boss, incumbent Governor Ibikunle Amosun, and his defection to the Social Democratic Party, SDP, ahead of the 2015 general elections

Mr. Adesegun defected to SDP from the All Progressives Congress, APC.

The deputy governor, who wrote a stinker to Gov. Amosun, highlighting all the maltreatment against him, declared that what mattered to him now was moving the state forward by leading the people aright.

Adesegun explained that the conflict between him and Mr. Amosun dated to their pre-swearing in ceremony in 2011.

He also described his decision to send Mr. Amosun packing from the Oke-Mosan Government House, Abeokuta, as personal.

He further revealed that the people have been calling on him to contest but not until he was convinced fit for the job, he had been turning down the request.

He, however, clarified that his joining a different party did not mean he would abandon his statutory duties as deputy governor of the state.

Mr. Adesegun further disclosed that all the requests he made in a letter to the State House of Assembly on his relationship with Governor Amosun had not been met.

“I don’t regret serving in the administration of Amosun”, he said, adding that “In life, there is always a challenge. It’s a challenge and life goes on”.

He dismissed the issues raised in his letter as inconsequential, insisting that his decision to contest the governorship election of the state was based on more fundamental issues.

He explained that his decision to contest would not have been different even if the requests had been met.

While pointing out that he had not yet been chosen as the flag bearer of SDP for the 2015 election, he assured the people of executing to the letter, the manifesto of the party if he succeeds in picking the party’s governorship ticket.