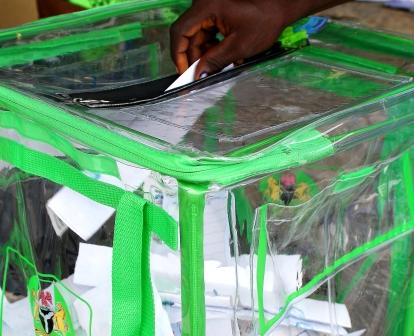 The Ogun State Independent Electoral Commission (OGSIEC) on Tuesday said it planned to spend N1.27 billion on the conduct of council elections in the 20 local government areas in the state in 2015.

The Chairman of OGSIEC, Alhaja Risikat Ogunfemi, made this known in Abeokuta while defending the commission’s 2015 budget before the state’s House of Assembly’s Finance and Appropriation Committee.

Ogunfemi said that the commission would embark on sensitisation of voters in all the 236 political wards in the state prior to the councils’ polls.

She said that the agency would also organise seminars and workshops in the three senatorial districts for all political parties.

Also at the budget defence, the Senior Special Assistant to the Governor on Transportation, Mr Gbenga Opesanwo, said that the Bureau of Transportation proposed N965 million for its activities during the year.

Opesanwo said N215 million was for recurrent expenditure while N750 million would be expended on capital projects.

He said that the bureau would evolve strategies to reduce traffic congestions, road accidents and improve the aesthetics of the roads and their infrastructure.

On his part, Mr Ayo Sangofadeji, Commander, Ogun Traffic Compliance and Enforcement Corps (TRACE), explained that the agency would reduce the rate of reported traffic crashes in the state by 15 per cent in 2015.

Consequently, he said that the agency proposed N657 million for its activities during the year, with N200 million earmarked for capital expenditure and N457million for recurrent expenditure. (NAN)