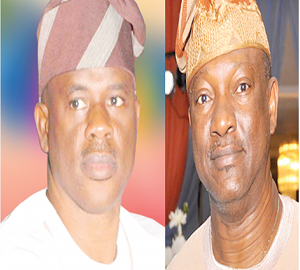 A governorship aspirant for Lagos State in the 2015 election under the platform of Peoples Democratic Party (PDP), Mr. Jimi Agbaje, has denied making calls for the withdrawal of another PDP aspirant, Senator Musiliu Obanikoro, from the party’s primaries slated for Thursday.

In a statement by the Director of Media and Publicity of Agbaje’s Campaign Organisation, Mr. Felix Oboagwina, the aspirant while distancing himself from the call, noted that the more people in the race, the merrier.

Agbaje, who said withdrawal from a political contest is not strange in a democracy, however, stressed that such a withdrawal should be voluntary and not out of coercion.

An aide of Mr. Obanikoro, who resigned his position as a minister of state (defence) in President Goodluck Jonathan’s cabinet to contest the Lagos guber poll, was reported to have accused Agbaje of orchestrating the call for his principal’s withdrawal from the race after indications emerged that youths from Obanikoro’s home constituency, Lagos Island, reviewed his chances at the forthcoming primaries and came to the conclusion that he was a spent force in the politics of the state.

In his reaction to the allegation, Oboagwina said: “Whoever knows Jimi Agbaje will realise that it is not his style to throw punches in the dark. He is too decent for such shenanigans. He maintains the courage of his conviction and he will boldly express himself”.

The media aide noted that though the youths had the right to air their views and might have been motivated by their concern for the PDP’s well-being in Lagos State, Mr. Agbaje himself believed that all members deserved the freedom to exercise their democratic rights and to pursue their ambitions.