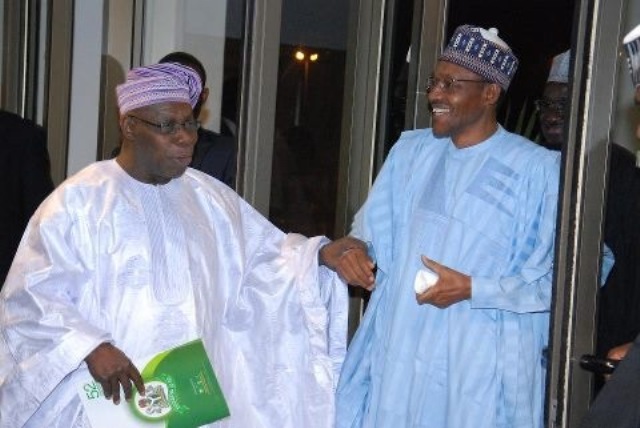 The Minister of Police Affairs, Alhaji Jelili Adesiyan, on Monday, claimed that he had uncovered a plot by former President Olusegun Obasanjo and the presidential candidate of the All Progressives Congress, Maj.-Gen. Muhammadu Buhari (retd.) to form an interim government.

The minister disclosed this at the Sheraton Hotel, Lagos, during the launch of a book titled, “Watch The Watcher: A Book of Remembrance of the Obasanjo Years”, written by Yinka Odumakin, which is a rejoinder to Obasanjo’s controversial three volume autobiography, “My Watch”.

Adesiyan said as a counter-measure, he had already directed the Inspector General of Police, Suleiman Abba; and the Department of State Service to arrest anybody that made inflammatory statements ahead of the 2015 elections.

He said, “Many of those in the APC are disgruntled PDP members who are no longer relevant and because they could not have their way, they have started to heat up the polity. They have said they will form a parallel government if they lose.

“I have already told the IG and the DSS to arrest anybody making such mutinous and inflammatory statements”.

According to the minister, his suspicion was fuelled by a threat made by the Rivers State Governor, Rotimi Amaechi, to the effect that the APC would form a parallel government if the 2015 general elections were rigged.

He added, “Obasanjo is already planning to install an interim government with Buhari. But we will vote and we will work with whoever wins the election”.

The minister also shed some light on the ongoing feud between Obasanjo and President Goodluck Jonathan, saying the ex-president picked Jonathan, who was then Bayelsa State governor as late President Umaru Yar’Adua’s running mate because he felt he could control him but his plans backfired.

The minister said, “He picked a President that was sick and while we were campaigning for the President, he (Yar’Adua) was always in Germany receiving treatment. While many were lobbying for the VP slot, Obasanjo picked a gentleman, Goodluck Jonathan, who had no strong political base so that he could control him.

“Unfortunately for Obasanjo, God had a better plan and Jonathan refused to be used. Obasanjo, being the man that he is, has now teamed up with Bola Tinubu and Atiku Abubakar to snatch power but Tinubu will outsmart him because we Osun people are smart. Ask Tinubu, he is my brother, from my state. He is from Iragbiji while I am from Ode-Omu”.