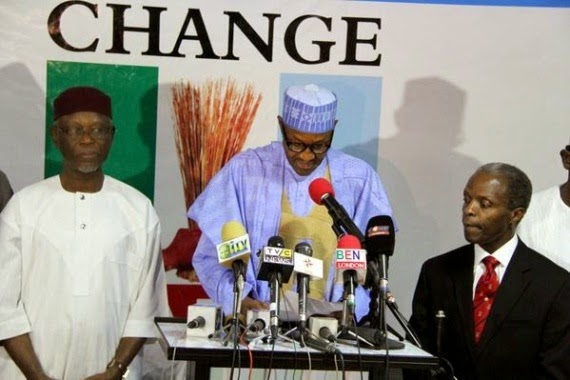 Indication has emerged that some groups in the north are rallying support for the presidential candidate of the All Progressives Congress (APC), former Head of State, Gen. Muhammadu Buhari ahead of the 2015 presidential election, with northern governors supporting President Goodluck Jonathan alleged to have been receiving threat messages warning them to stop supporting Jonathan or be dealt with.

“There is a serious change in the political mood in the North since Buhari was elected as the APC candidate last week. Right now, the people do not care whether they are in APC or PDP. All they are interested in is that power must return to the North through the election of the former Head of State,” a northern governor in Jonathan’s camp told Vanguard.

“What is really worrying those of us who are perceived to be pro-Jonathan’s governors or supporters is the open threat messages being made directly to our phones.”

The governor showed two of the threat messages he received, which were written in Hausa and English, warning him not to betray the North for the President as he did in the last presidential election.

According to him, one of the mails came from a top national assembly member from the north, while the other was from a man the governor described as his friend.

The Presidency, through the Senior Special Assistant to the President on Public Affairs, Dr Doyin Okupe, however maintained that Nigerians will not vote their next President on the basis of ethnicity.

As it stands, Buhari’s support base transcends party lines, with several influential northern leaders and groups persuading and threatening northerners, as the case may be, to ensure they all work for the former head of state’s election next year.

But the President was said to have assured northern governors supporting him that he would fulfill the promises he made to them during his 2011 campaign, urging them to continue supporting him.

The presidential election holds in February 2015. Although there are more than a dozen political parties in Nigeria, the race for presidency is between the candidates of the APC and the Peoples Democratic Party (PDP).