Rihanna’s Father Revealed Some Secrets About Her In This New Interview; Read All About It. 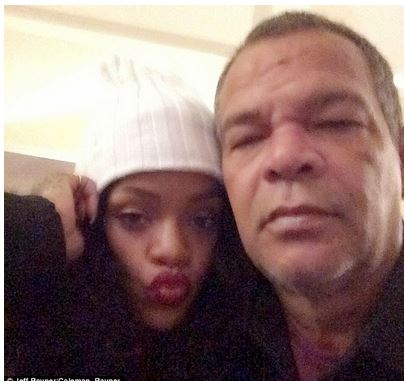 Rihanna’s father Ronald Fenty, 61, who has battled addiction to alcohol and crack cocaine for years, had an exclusive interview with UK Daily Mail this past Tuesday in Beverly Hills shortly before he traveled to Bardados. It was a long interview but below are a few juicy things he said; 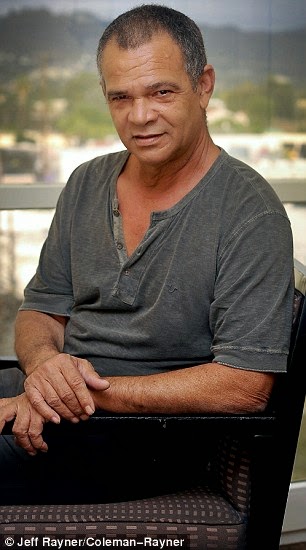 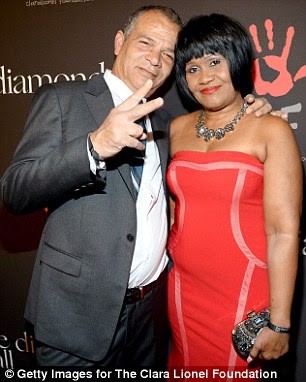 ‘I had Johnny Walker Black. I had two doubles man and tripped over a chair. I had been on the [red] carpet for the pictures, I meet a couple of famous people I knew go and talked with them, and then somebody left a chair and I stepped back and fell over, I saw my ex (Monica) look up, and within a few minutes after the picture was taken, security came up and said “we’re taking you home”. I said “but I haven’t seen my daughter yet”… and they said “don’t matter man”.’They said “please do not make a scene it will reflect on your daughter. When I got back I picked up a bottle of Johnny Walker Black, had a couple and went to sleep.’

When Daily Mail Online spoke to Ronald on Tuesday he was preparing to head back to Barbados without having seen his daughter on this trip.

He said: ‘I’m sad how it ended of course, I should have never taken that first drink or any drink for that matter. I wish I had seen her of course. She will probably hear how I was and how I had a few drinks, so I guess she would be angry with me. I think she is, I’m not sure, we haven’t spoken just yet.’

Asked what possessed him to drink at the event, Ronald claimed he was depressed that his two older children from a previous relationship – Rihanna’s half brother and sister Jamie and Samantha – weren’t invited.

He said: ‘That day of the event I was really down. My other son and daughter in Barbados, Samantha and Jamie, were not invited and they were on my case about it and making me feel bad and guilty. Cousins and everybody on the other side was invited but why wasn’t Jamie and Samantha there? It wasn’t the first time either. I got really down and depressed and that was basically why I started drinking that day.’

His relationship with Rihanna has often been rocky. Six years ago Ronald was sent home from her North American tour as punishment for drunken behaviour on her tour bus. Rihanna then froze her dad out for two years before they reconciled.
Ronald told how his problems with booze came to a head last November and Rihanna secretly put him in rehab.

“I said ‘sweetheart all I need is my change back, and I was getting loud, I see her hold up her hand and her management [came over] and then the police, took me. Me and my big mouth again. Next morning I went to a magistrate and he said 30 days in prison or 30 days in rehab which do you want? and I said ‘rehab’.’

While I was in rehab, she came to visit and we talked. She asked me if it was hard. She was happy to see me, said she was very proud of me at the time. She sent bags of stuff for me, tracksuits, warm jackets and shampoo, an extra pair of shoes and slippers – some nice stuff.’

After checking out Ronald returned to Barbados but he has flown back to LA for urine tests every three months. When he comes Rihanna has the mini-bar in his room emptied of alcohol. He has also been attending alcoholics anonymous in Barbados.
Ronald says he feels terrible for breaking his promise to his daughter but when asked if he’s an alcoholic, he says: ‘Me, no, drunk and disorderly. I don’t see myself as an alcoholic, I don’t realise when I get that drunk.
‘Call me a drunk or alcoholic in denial, whatever you want to call me but I have realised I could drink or not drink.
‘I only start[ed] drinking, once I come back here in December.’
However he apologized to Rihanna: ‘I feel bad because I let her down because she spend all that money putting me in rehab, [and] then find me drunk somewhere. It is not good. ‘What can I say but I’m sorry. It’s me who f**ed up.’
One thing that annoys him is some of the large entourage of so-called friends she surrounds herself with.
He recalled a shopping trip in London with Rihanna and a group of friends where he watched them all buy stuff for themselves with her money.
He said: ‘What’s the name of that place, that very expensive place, Harrods. We going in there and I just see her friends, stocking up on shoes like crazy. Parasites – whatever you want to call them – that need to go and have their own life.’
Ronald doesn’t like Rihanna’s best friend Melissa Forde who grew up with her in Barbados and seems to constantly be by her side as she travels the world.
He said: ‘If it was me she would have to go, if I had anything to do with it she would have to go.
‘She’s the one who goes shopping and everything.
‘I think Melissa should be old enough to be able to stand on her own two feet, of course come and visit her like the rest of her friends but she doesn’t need to be there all the time.
‘Monica says “but she helps Robyn pack her bags”, I said “Melissa don’t pack no bags sweetheart, I know that, so don’t give me that. I’ve been in the house. I said that’s a joke.’
Ronald has long forgiven Rihanna’s ex Chris Brown for assaulting her and openly admits he still has a big soft spot for him.
However he thinks his daughter may have washed her hands with him for good.
Revealing how Rihanna coldly blanked Chris when they were at a charity basketball game in August, he said: ‘I don’t know what their relationship is now. At the basketball, they just said “hi and hello”.
‘When we was going to the car park he was trying to talk with her but she turned and was talking to somebody else, so he came and talked to me and I had a picture with him. Afterwards Robyn said, “dad you really taking pictures with he though?”(sic).’
Although he has said in the past he would be happy for them to get back together, Ronald isn’t so sure now.
He said: ‘Let her do what she wants to do. This recycling thing don’t work for everything, people don’t ask me if I could go back with Ms Fenty.
‘Chris is a player, he ain’t ready for no one women yet, he ain’t ready. He’s a party guy.
“When I see in the papers he’s in trouble, I think “Chris what the hell are you doing man?” The guy has got so much talent you know what I mean, to just screw up like that.
‘He can draw, he can do anything, man you give it to Chris he can do it great. He’s so talented.’
Ronald confirms Rihanna is still single despite being linked with the likes of Chris Martin, Justin Bieber and even Eminem in the past few months.
Her last relationship was with Drake but it fizzled out in June this year.
He said: ‘She says “dad can you believe I don’t have a man?” A beautiful woman like that don’t have a man, no I don’t believe it.
‘She needs to find the right man who’s compatible. She may be looking in the wrong direction, they don’t have to be in the entertainment business but that’s the people she’s meeting.’
Last week US gossip outlets were awash with rumours Rihanna was pregnant. Shooting down the rumour, Ronald laughs: ‘No she’s not pregnant, but I want someone to start giving me grandchildren! Of course I want to be a grandfather.