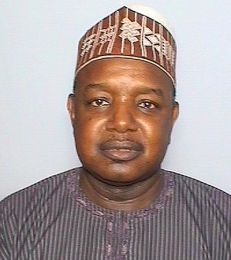 The Senator representing Kebbi Central, Alhaji Atiku Bagudu, on the ticket of the Peoples Democratic Party, is to contest the state’s governorship position on the platform of the All Progressives Congress.

Bagudu, who presented his nomination form at the APC secretariat in the state on Saturday, said he defected following the advice from his associates and supporters.

“I am acting in tandem with advice from supporters, followers and political stakeholders in my constituency”, he said.

The senator said he was optimistic of clinching the APC governorship ticket in the state but would abide by any decision of the party.

Bagudu, who was accompanied by his supporters to the APC secretariat, appealed to members of the party to give him the opportunity to serve the people.

NAN reports that Bagudu defected to the APC together with eight PDP members of the state House of Assembly.

The state Chairman of the APC, Alhaji Attahiru Machido, urged them to be loyal, promising that the party would ensure equity and fairness in its primaries.

Meanwhile, NAN gathered that a planned reception for those who defected to the APC was shelved sequel to a directive from the party’s headquarters.

NAN learnt that the state chapter of the party would organise the reception after the governorship, House of Assembly, Senatorial and House of Representatives primaries, expected to be concluded by Sunday.