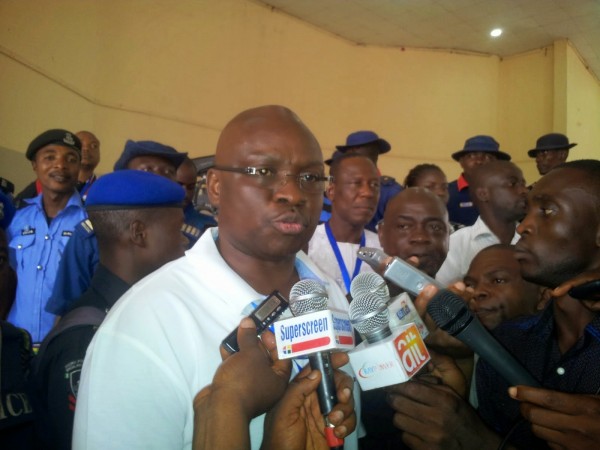 Ekiti State governor, Ayo Fayose, yesterday distributed at least 80,000 birds, 100,000 bags of rice and sums of money to the less privileged, widows and the aged in the state, as part of his stomach infrastructure programme.

According to a press statement by the Chief Press Secretary to the Governor, Mr Idowu Adelusi, some of the elderly, who received gifts at the governor’s office, could not hide their joy at the rare opportunity. They offered prayers for the governor and members of his cabinet.

After giving out packages to everyone who showed up at his office, Fayose was reported to have gone to markets in Ado-Ekiti, the state capital with some packages for those who could come to his office, with a promise that all the 16 local governments had designated centres for the distribution.

Speaking with journalists, Fayose reiterated his commitment to the welfare of the people of Ekiti, who, “against all odds”, returned him to office after eight years.

The governor’s victory challenged by the All Progressives Congress (APC) was last week affirmed by an election tribunal.