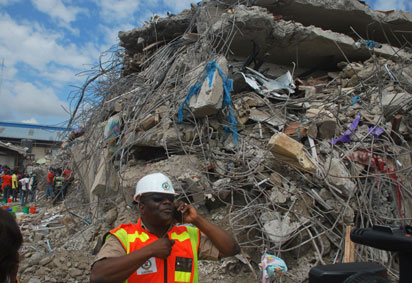 An Ikeja High Court in Lagos State has fixed December 22 to hear the suit filed by the founder of the Synagogue Church of All Nations (SCOAN), Prophet Temitope Joshua, against the Lagos State Coroner, Mr Oyetade Komolafe.

Joshua had sued the coroner following the ongoing investigation into the collapse of the church’s guest house where a total of 116 persons were killed after the six-storey building collapsed on September 12.

In the originating summons, Joshua is asking the court for a judicial review of the proceedings before the coroner’s inquest.

He asked the court to declare the coroner’s summons on him to personally appear before the inquest as unconstitutional and a breach of his right to fair hearing.

The cleric also asked for an order restraining the coroner from taking evidence on the issues of approval and construction of the collapsed building, as according to him, they were clearly outside the scope and jurisdiction of the coroner’s court.

Joshua also asked for an order restraining Komolafe from continuing with the inquest having demonstrated personal interest in the subject matter and his neutrality clearly compromised.

Justice Lateefat Okunnu therefore fixed December 22, after she was informed by counsel to the Lagos State government, Mr Femi Adamson, that the respondent was served with incomplete court processes.

She directed Joshua’s counsel, Chief Lateef Fagbemi (SAN), to serve Adamson with all the relevant processes.