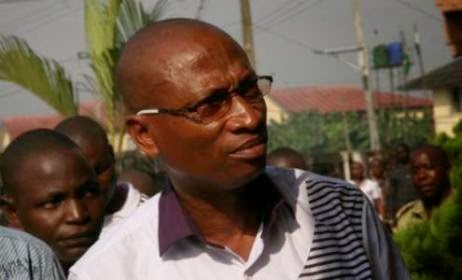 The Economic and Financial Crimes Commission, EFCC, has secured the conviction of two men of the clergy, Pastor Glory Okeoghene Abrefera and Reverend Vincent Okpogu, for stealing depositors’ funds to the tune of N32 million.

They were both sentenced to seven (7) years imprisonment each on Wednesday by Justice F. O Ohwo of Delta State High Court, Warri, Delta State.

A statement by the Head, Media and Publicity of EFCC, Wilson Uwujaren, said the two clergymen were nabbed after deceiving unsuspecting members of the public into investing in Mustard Seed Micro Investment Limited, a wonder bank, and defrauded them of their hard-earned money.

While delivering judgment, Justice Ohwo convicted the accused persons on all of the nine count charges preferred against them by the EFCC and subsequently sentenced them to seven years imprisonment on each count. The sentence is to run concurrently.

According to the judge, the convicts will serve the seven-year term at Okere Prisons in Warri, Delta State, after completing the ten years sentence they are currently serving for illegal banking.

It would be recalled that Abrefera and Okpogu were on January 7, 2013, convicted and sentenced to ten years imprisonment by Justice I. N. Buba of the Federal High Court Asaba, on a 4-count charge, for operating a wonder bank called Mustard Seed Micro Investment Limited.

According to the prosecutor, Mr. G. K. Latona, “The convicts are still answering to other charges at Otor-Udu High Court for related offences”.