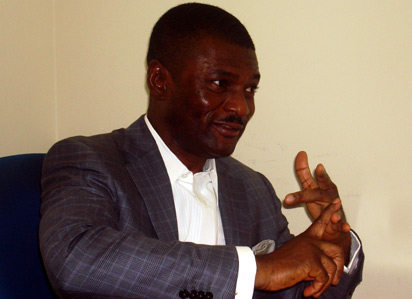 A former Minister of Information and National Orientation, Mr. Frank Nweke (jnr), has cited service to his people as reason behind his decision to join the race to represent Enugu East Senatorial District in the National Assembly come 2015 general elections.

Mr. Nweke also described his entry into the race as the game changer.

The aspirant under the platform of the Peoples Democratic Party (PDP), made the assertion while addressing the people of the senatorial district from the six local government areas of Enugu North, Enugu South, Nkanu West, Nkanu East, Enugu East and Isiuzo, who gathered at Ozalla in Nkanu West local government area of the state in a civic reception in his honour at the weekend.

At the reception turned political rally, Nweke, who is Director-General at the Nigerian Economic Summit Group, NESG, pointed out that he joined the senatorial contest with a baggage of experience, connections and past antecedents of positive contributions to the development of Enugu State and nation at large.