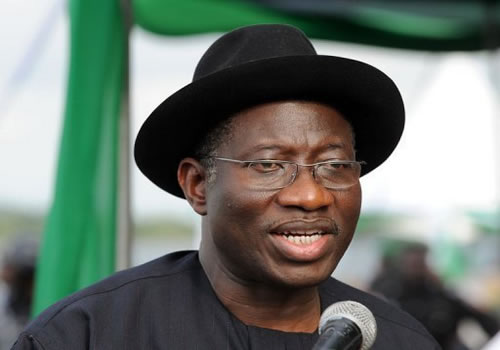 The feud between former President Olusegun Obasanjo and President Goodluck Jonathan might have been caused by vice-president Nnmadi Sambo, Nigerian Tribune has learnt.

Citing sources in Abuja, the Ibadan-based newspaper said Obasanjo had sent emissaries to Jonathan that he would back his 2015 ambition if he (Jonathan) agreed to drop Vice-President Namadi Sambo as his running mate, in favour of Jigawa State governor, Sule Lamido.

This was said to have emerged as some common friends of the former president and Jonathan attempted to talk Obasanjo into dropping his opposition against the president.

The sources also told Nigerian Tribune that the former president had confirmed the proposal at a recent encounter between him and Jonathan.

“The president could not give Obasanjo any affirmative answer, because he believes that the request was uncalled for,” a source said, adding that Jonathan believed that dropping Sambo would cause ripples in his camp.

“You don’t try and solve a problem and create another in the process,” a source said, adding that Sambo had worked assiduously with Jonathan without frictions.

While the feud between Obasanjo and Jonathan deepens, the former president have found unlikely friends in the All Progressives Congress, several of which have visited him frequently lately. Party leader Asiwaju Bola Ahmed Tinubu has gone to see Obasanjo twice in the last two months.