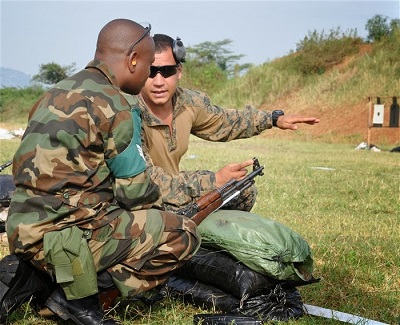 The federal government yesterday revealed that the training of Nigerian soldiers by the US military was cancelled due to the absence of some logistical components needed for the training.

According to the Nigerian government, the US trainers depended on Nigerian military hardware, which is currently deployed in the North-East to fight Boko Haram, hence, the finally phase of the three-phase training had to be cancelled.

The coordinator of the National Information Centre, Mr. Mike Omeri, who stated this when he briefed journalists in Abuja on Thursday, said “The training that is being mentioned were supposed to be in three phases, two phases have been concluded, the next phase requires some logistical components and I don’t think it’s wise to take equipment from the field and keep them in Jaji for training when our soldiers are out there needing the equipment.

“The training that is being offered by the American Government did not also come with the equipment component, so if our soldiers need the same equipment, and you all know the status of our stock, we will not withdraw everything and go for training when we have need for it on the field”, he explained.