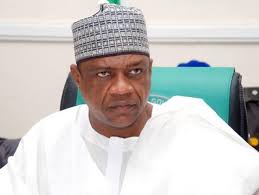 Governor Ibrahim Gaidam of Yobe State on Monday relaxed the curfew in Damaturu, the state capital, following a botched attempt by the terrorist sect, Boko Haram, to take over the Government House and other parts of the capital about a fortnight ago.

The governor, had in response to the attack, slammed a round-the-clock curfew on the town, but had reviewed it to between 6pm and 7am after the first 24 hours.

Gaidam, in a statement by his Special Adviser on Press Affairs and Information, Mallam Abdullahi Bego, said the curfew had further been reviewed to be between 8pm and 6am daily.

The statement read in part, “From today, Monday December 15, 2014, the curfew will begin from 8pm to 7am daily. Until now, the curfew used to be between 6pm and 7am daily.

“The review of the curfew hours followed consultations that His Excellency, the Governor, had with heads of law enforcement agencies in the state.

“Once again, Governor Gaidam extends his deepest appreciation to the residents of the state capital for their exemplary support to and cooperation with security agents.

“The governor calls on people in Damaturu and around the state to continue to cooperate with security agents, remain vigilant to happenings around them and report anything suspicious to the security posts nearest to them”.

The governor stressed that with the cooperation of the people and hard work of the security agents, peace and security would be restored throughout the state soon.