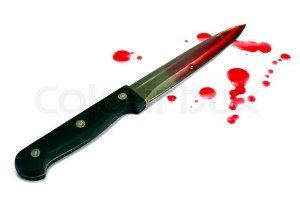 Residents of Zone 5 in Dutse, Bwari Area Council of the Federal Capital Territory (FCT), were on Friday thrown into mourning after a 17-year-old boy reportedly stabbed his elder brother to death for allegedly accusing him of stealing his mobile phone. DailyTrust puts it this way:

The suspect, presently at large, was said to have been severally caught with stolen phones, both from the deceased, who was a specialist in phone repairs and from outsiders. City News learnt that trouble ensued that fateful day when the deceased, one Mohammed Abubakar, started looking for one of his phones meant for repairs and had to accost the younger brother to confirm if he was in his possession.

The source said the suspect immediately flayed up and in that angry mood, dashed into the kitchen and picked a knife which he used to stab his elder brother at the neck.
It was further learnt that he immediately took to his heels before the father who had gone for Juma’at prayers came back and met the elder son in a pool of blood.

City News, however, gathered that the deceased was immediately rushed to the Model Primary Health Care, Owner Occupier, Dutse where he was certified dead and had since been buried.
When our reporter visited the Primary Health Care, the doctor on duty, said the deceased was already dead when he was brought to the hospital and was duly certified. A police at the Dutse Police station also confirmed the incident, saying efforts are being made to arrest the suspect.