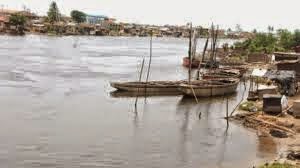 Two youths from Obunagha community in the Yenagoa Local Government Area of Bayelsa State on Saturday jumped into the river and drowned while attempting to evade arrest for allegedly smoking cannabis. They were said to be smoking the banned substance when men of the state security outfit, codenamed Operation Doo Akpo, stormed their hideout.
It was learnt that immediately the youths sighted the security operatives, they took to their heels and jumped into the nearby river where they drowned.
While the corpse of one of the victims, Meipor Ebinimias, an indigene of Obunagha and a father of three, was discovered on Saturday evening, the second victim, said to be a visitor, has yet to be found.
An indigene of the community, identified simply as Preye, said the two deceased youths, were suspected to be smoking cannabis inside one of the classrooms in the community’s primary school when the incident occurred.
Preye said, “The youths usually gathered at the community primary school to smoke hard drugs.
“Chiefs of the community had in the past alerted the police to the activities of these youths and accused them of using the community school to commit violent crimes in the state capital.
“On Friday evening, youths were gathered as usual and having fun.
But a few minutes into their merriment, the police arrived.
On sighting the patrol vehicle of the State Special Security outfit, Operation Doo Akpo, the youths panicked and jumped into the river behind the school.
“But unknown to them, that part of the river was shallow and filled with dangerous objects.”
It was learnt that the lifeless body of one of the deceased was found on Saturday.
Our correspondent was further told that search was still on for the corpse of the second victim.