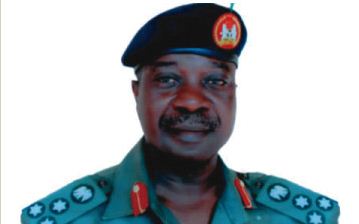 Some retired senior military officers have warned against the postponement of the February general elections to avoid military takeover of the administration of the country.

They warned that the postponement might lead to anarchy in the country, which, according to them, may lead to military intervention.

A former Director of Procurement in the Defence Headquarters, Brigadier-General Ayodele Ojo (retd.), in an interview with SUNDAY PUNCH, described the recent call made by the National Security Adviser, Col. Sambo Dasuki, for the general elections to be postponed as a step towards military rule.

According to Ojo, the suggestion by the NSA for the deferment of the polls is capable of creating a constitutional crisis that can abort the nation’s democracy.

On Thursday, Dasuki stated that the postponement of next month’s elections would give the Independent National Electoral Commission more time to distribute over 30 million outstanding Permanent Voter Cards to registered voters.

The NSA said rescheduling the elections would cost INEC and the Federal Government nothing, adding, “It’s still within the law.”

However, Ojo told SUNDAY PUNCH that INEC and the Federal Government should not entertain such a suggestion.

He said, “It is a backward step to the dark days of military rule when anti-democratic forces, on the eve of the June 12, 1993 presidential poll, were able to secure a dubious injunction from an Abuja High Court restricting the National Electoral Commission from conducting the election.

“This singular act was instrumental to the annulment of the election. It is worrisome that the call, this time around, is coming from a highly placed security official of the Nigerian government. Moreover, the reason given for the postponement is untenable, to say the least.”

The former director at the DHQ added that if the call for a postponement was based on allowing would-be voters to collect their PVCs, the Federal Government could consider declaring a public holiday.

Ojo added, “What I think is required is for the Federal Government to declare Friday, February 6, 2015 as a work-free day to enable affected voters the last opportunity to collect their PVCs.

“This, I believe, will take care of this problem without resort to postponing the election, thereby creating unnecessary and avoidable crises. This suggestion by the NSA is uncalled for and must be resisted by all Nigerians in order to avoid plunging the country into self-inflicted crisis.”

[b]Another military General who pleaded anonymity told one of our correspondents that INEC should not be stopped from going ahead with next month’s election.

He warned that politicians must be extremely careful not to trigger crisis that they may not be capable of handling.

He said, “I think we have to be very careful in this case. It may be the beginning of untoward things. We have to be extremely careful. Let the elections go on as scheduled. Let us avert any strife that may spring up. The military has taken over in this country before and we have to be careful that it doesn’t happen again.”

Also, a former Commandant, Nigerian Army School of Infantry, Brig.-Gen. Williams Obene (retd.), warned against heating up the polity with the postponement.

He said, “I think the polity is really fired up; there are so many reactions, interpretations and misunderstandings. And if we say we are a democratic country practising civilian democracy, then we have to work by the rule of law. If that is not done through the constitution, then it can attract anarchy.”

In the same vein, a former Minister for Police Affairs, Maj.-Gen. David Jemibewon (retd.), warned that postponement of the elections could cause confusion in the country.

In an interview with one of our correspondents in Ilorin on Friday, he argued that postponement of elections was unknown to the Constitution of the Federal Republic of Nigeria.

Jemibewon stated that postponement was unnecessary as, according to him, nobody knows what will happen within the 90 days, if it is postponed.

He said, “I think we are being guided by the constitution of this country. Certainly, there is no provision for postponement of elections. However, if there is an emergency; if there is war; if there is disaster of a wide scale, it may be dictated by circumstances.

“Where do we say we derive the postponement? Is it from the constitution? The National Assembly has not debated it. It is an unnecessary talk.

“Do you know what will happen within the 90 days? That means when the 90th day comes, some people will gather again and postpone it for another 30 days or 90 days. What are the criteria for wanting to postpone just for 90 days?”

The former Secretary-General of the Yoruba socio-political group, Afenifere, and the National Democratic Coalition urged Nigerians to resist such an idea, saying Nigerians should not give the military an opportunity for takeover again, given the experience of the country.

Opadokun said, “The argument of the proponent of the postponement is not structurally right neither does it command respect, if you consider the implication.”