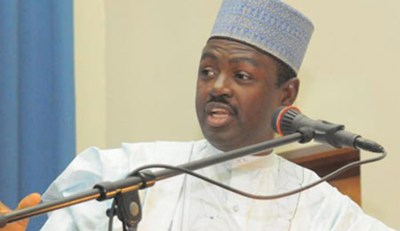 Former Minister of Information Labaran Maku on Friday called on Nigerians to vote for dependable candidates in the forthcoming general elections.

He made the call on Friday in his home town, Wakama, Nasarawa, while addressing some of his supporters who paid him a visit.

The immediate past minister also urged Nigerians to vote popular candidates irrespective of their ethnic or religious affiliations.

“Nigerians must know that in this 21st century, elections must be based on issues and not on religious or ethnic affiliations”, he said.

Maku called on political leaders, especially those seeking election into public offices, not to be self-centered.

“I want to assure my supporters that no amount of conspiracy by a few people will stop me from contesting the 2015 general election”, he said.

He urged his supporters to support the re-election of President Goodluck Jonathan in 2015, describing him as the best president Nigeria had ever produced. (NAN)