2shotz Tells How Police Detained Him Illegally For A Whole Night 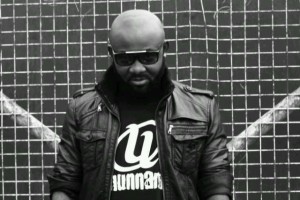 He hasn’t been on TV  lately with a new music but he is still very relevant in the industry.

The Eastern rapper is enraged because he was illegally detained by policemen for a whole night, he took to his Instagram page to voice his anger.

“Hello everyone.. With deep pain and anger.. Both for Nigerians and the Nigerian police force which FRANKLY speaking is d MOST corrupt system in Nigeria…… I was dragged to dis poo hole (even after my identity was disclosed to them) and harassed detained with my car from 10pm till this morning, for JUST pulling outta a friends place yesterday… I pleaded with dem, tried to understand what they were talking about till i was dragged to d police station were they put together a lie dat i took one way….just to extort money from me….

what pained me the most was how they were bringing in all sorts of innocent people.. and by morning the innocent people were all given a bill……. I maintained being calm because the police officers were oozing of serious alcohol… And still drinking in d police station… So i remained calm.. For fear of being shot for just asking questions why i was being dragged there…. Now ive seen policemen from THIS particular police division harass innocent people and No one is doing something about it……. If this post goes viral.. Id like to use this medium to alert the police commissioner and Lagos state government to look into these policemen and police area division before it gets worse than it already is… People in dat area are or have become scared of the terror and inhumane treatment from these policemen ….. PLEASE DEAR FUTURE LEADERS…. This is a post that should be taken seriously….. If you want our votes”