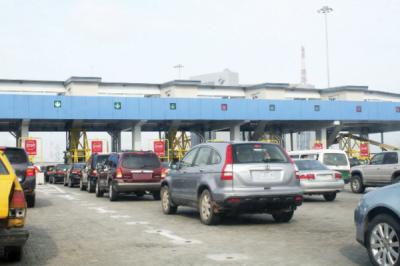 The governorship aspirant of the Peoples Democratic Party (PDP), in Lagos State, Jimi Agbaje, has vowed to cancel the controversial Lekki-Epe toll gate, if elected into office come February 14. He stressed that the toll gate was untenable, as it is standing on an existing road.

Agbaje made the promise, yesterday, during an interactive session with the Muslim community in Lagos, in the company of his Deputy, Alhaja Safurat Abdulkareem.

He commended Governor Babatunde Fashola for some of the successes recorded in the State. He however stated that Lagos was in urgent need of change and not continuity.

The PDP governorship aspirant further noted that these successes have not been felt by ordinary Lagosians, whom he said were totally alienated from governance. Citizens are therefore not positively lifted by the APC government in the areas of health, education and more.

According to him, despite the promises of the state government on free health services, Lagosians still pay heavily at government hospitals, while promising to address this problem through a free health insurance scheme that would be paid for by government when in office.

Agbaje also assured his Muslim hosts, which includes the National Missioner of the Ansar-ud-Deen Society of Nigeria, Sheik Abdurahman Ahmad, that the problem of allowing Muslim children to wear the hijab veil to school would be solved through a synergy between the state and the mosque.