Dr. Akinwumi Adesina, the minister of agriculture and rural development, states that the agricultural sector would topple the nation’s oil sector in no distant time, the Leadership informs.

Speaking on the AGRIFEST 2015, Adesina stated that as the price of crude oil plummets, he is convinced that agriculture will be the new mainstay of the nation’s economy. 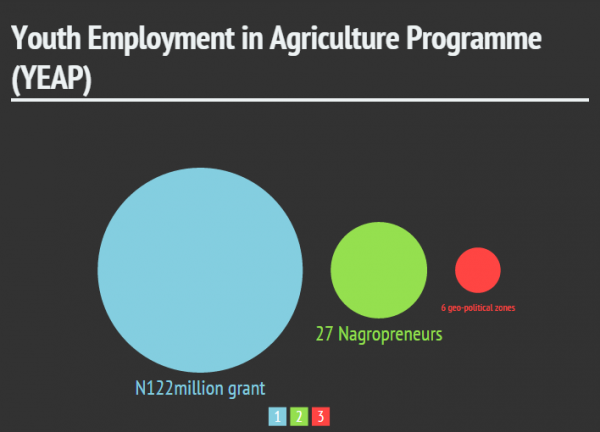 Adesina revealed that one of the last achievements of his ministry is disbursement of N122million grant to 27 Nagropreneurs across the six geo-political zones as a measure of boosting agricultural production and also promoting its newly established project, the Youth Employment in Agriculture Programme (YEAP).

Noting that Nigeria’s greater future for inclusive growth lies in agriculture, he said food production had risen massively and as a nation, Nigeria has produced additional 21 metric tons of food within the last three years.

Adesina also listed other milestones of the ministry under him to include the establishment of Marketing Corporation, nationwide census of farmers and supply of subsidised fertilisers to 14million farmers. 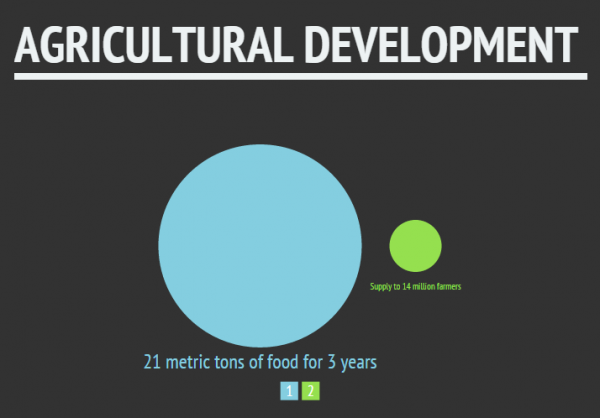 He further explained that the elaborate event is aimed at creating a distinct platform that will further boost the country’s agriculture, and added that it will also keep Nigerians abreast of the latest evolution in technologies and food production.

President Goodluck Jonathan commended the minister at the event, saying agriculture is now the lifeline for Nigeria.

Jonathan said: “As crude oil prices decline, we must create new wealth from the richness of our soils, the vastness of our rivers and the abundance of our cheap labour. We will produce more, and we will industrialise the agricultural sector.When I appointed Dr Akinwumi Adesina as the minister of agriculture, I charged him to turn agriculture around. My vision was clear – turn agriculture away from being a sector for managing poverty to one for creating wealth. We now see agriculture as a business, not as a development programme. Noting that the rice revolution is taking place across the country, the president said while high quality Nigerian rice is now competing favourably with imported rice in the markets, rice importers cannot hold the country hostage.”

He added: “Nigeria, our dear country will not be held hostage by rice importers. There will be no sacred cows under my watch. All those owing Nigeria on rice import duties must pay.Rice farmers across the country have a new lease of life, due to the transformation taking place in the sector. Over 6 million rice farmers have received improved rice seed varieties, boosting domestic rice production by an additional 7 million metric tons.Our rice millers have taken advantage of these new opportunities, and the number of integrated rice mills has expanded from 1 (one) at the beginning of this administration, to 24 today. And they are all here today. I celebrate you all. I eat Nigerian rice and can tell you it is better than imported rice”.